As the second largest state in America, Texas has something for everyone—from world famous BBQ to live music to swimming holes for those famous hot summer days.

Whether you’re looking for a family vacation with the kids, a night out on the town, or outdoor adventure—there is plenty to do in the Lone Star State!

A visit to a dude ranch or to Six Flags Over Texas will delight your children or the child in you. If nightlife is what you’re after, you’ll definitely want to explore Austin for its famous bars and music scene. If you’re looking for adventure, try a trek through Big Bend National Park. For a classic Texas experience, don a cowboy hat and visit one of the hundreds of rodeos that happen each month.

Best Places to Visit in Texas

Although Texas is big and there’s plenty to see and do, some of the most popular cities to visit are Austin, San Antonio, Dallas, and Houston. Also known as the Texas Triangle, these four cities make up a large metropolis of over 18 million people and growing.

Austin: There is so much to do and see in Austin, including:

Austin Aquarium - Feed a shark or get up close to one of the many reptiles and exotic birds that live here.

Nature and Science Center - This 80-acre nature center provides educational exhibits and recreational activities like fossil digging in the “dino pit” or a hike through Zilker Nature Preserve.

Warehouse District - This LGBTQ+ neighborhood is packed with bars, restaurants, theaters, and museums.

Red River Cultural District - Three blocks packed with nightclubs and bars host tons of live bands and DJs on any given night.

San Antonio: San Antonio offers plenty of attractions, such as:

River Walk - This famous urban waterway is a network of paths along the banks of the San Antonio River where you can enjoy shopping, dining, or a river boat.

The Alamo - Originally called Misión San Antonio de Valero, The Alamo is a historic landmark famous for being the battleground for Texans resisting the Mexican army in 1836.

San Antonio Stock Show and Rodeo - With almost 2 million visitors a year, this famous Texas event is one of the top Professional Rodeo Cowboy Association rodeos in the nation.

Dallas: Just a few of the things to do in the “Big D”:

Visit the Sixth Floor Museum, which chronicles the life and assassination of JFK.

Take a ride on the McKinney Avenue Trolley, which travels through Uptown and the Downtown Arts District.

Houston: The fourth-largest city in America, Houston is full of food, art, nightlife, and sports. Check out an Astros game at Minute Maid Park, enjoy a show in Houston’s Theater District, or dine at one of the 10,000 restaurants Houston has to offer.

El Paso: Once just a U.S.-Mexico stopping point, El Paso is now a thriving town with traditional and contemporary art galleries, casinos, and a booming wine scene along Highway 28.

Guadalupe Mountains National Park: This fossilized reef formed out of the 400-mile long coral reef that existed when the region was covered in tropical sea, about 265 million years ago.

Longhorn Caverns State Park: Check out rarely seen cave formations on one of the daily cave tours, or spend the night for the overnight paranormal tour.

If off-the-beaten path is more your vibe, Texas has that, too. Unique, small towns like Gruene, Marfa, and Bandera have plenty to offer the curious tourist.

Gruene: A historic district just an hour outside of Austin, this former cotton-producing town is home to Gruene Hall, the oldest dance hall in Texas.  Gruene Hall has hosted world famous musicians from The Dixie Chicks to Willie Nelson.

Marfa: Located in the high desert of West Texas, this small town of about 2,000 residents has become a popular tourist destination for its unique art installations and music festivals.

Bandera: Known as the “Cowboy Capital of the World,” this small city has a lot to offer, from bar-hopping around the many honky tonks to horseback riding at one of its dude ranches. 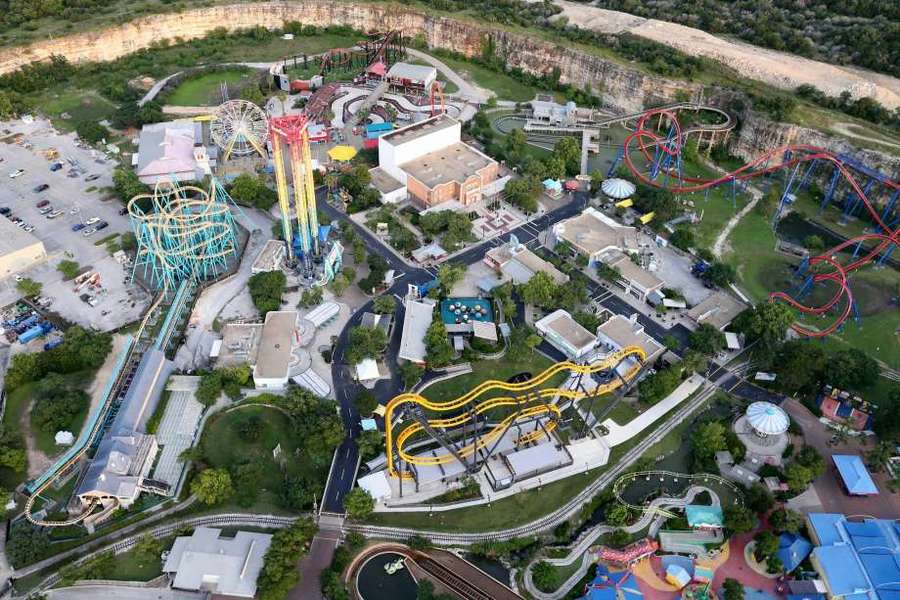 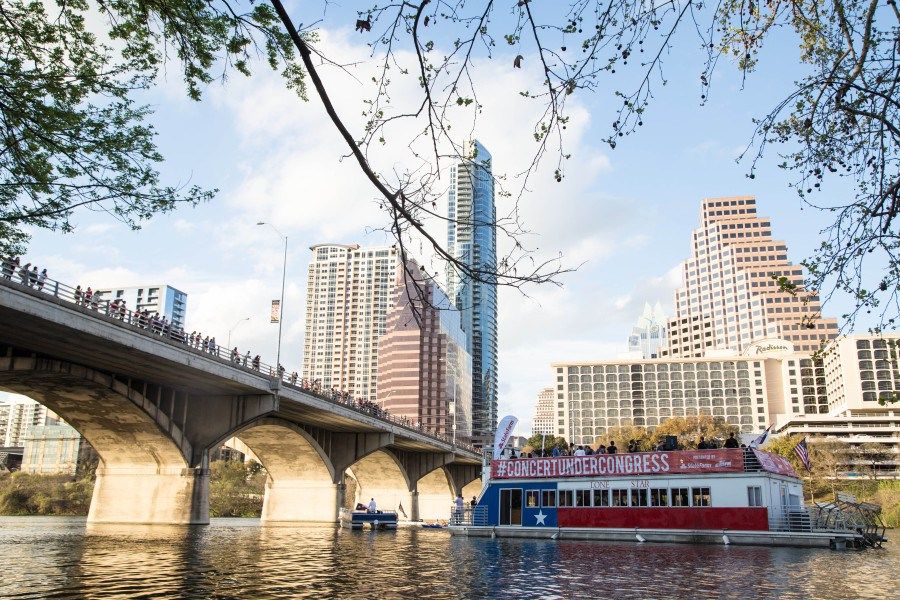 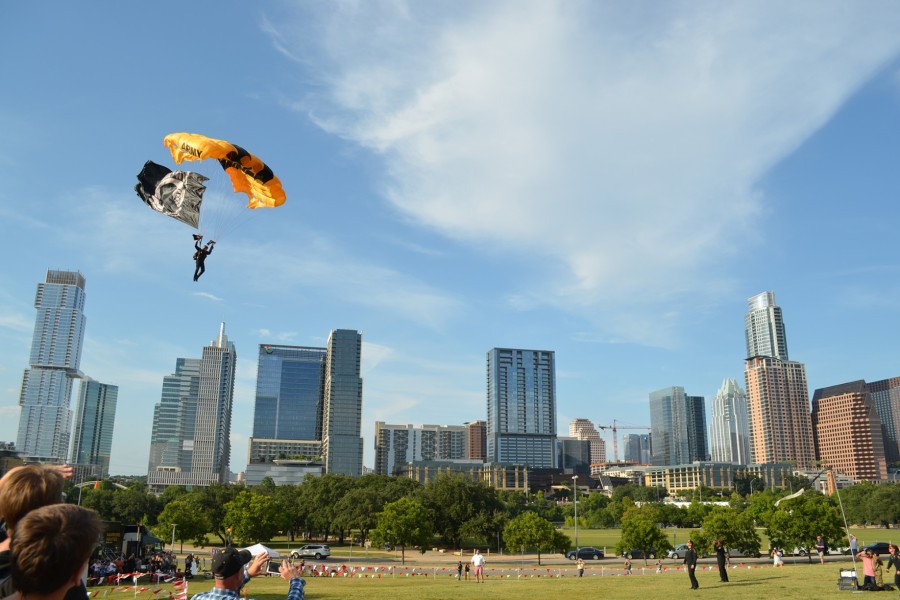 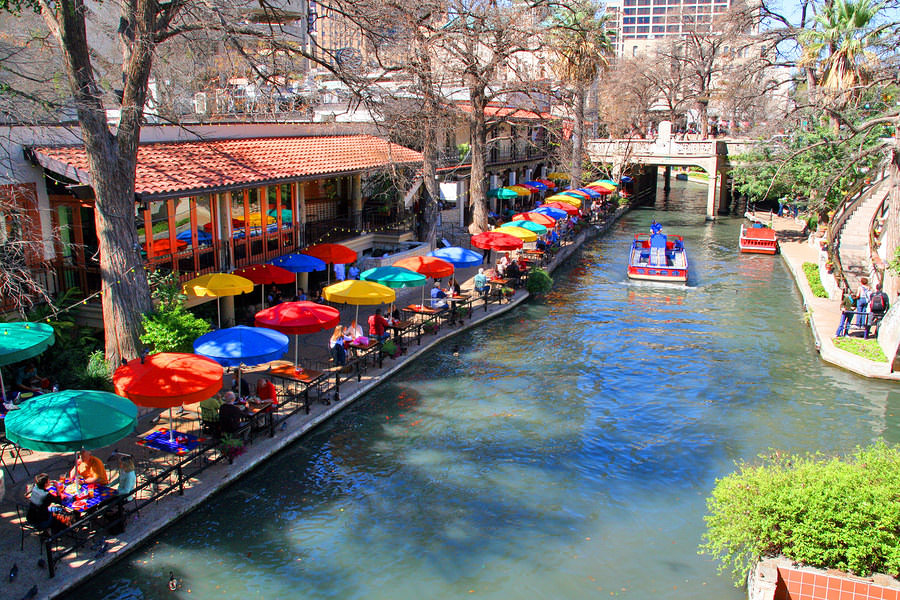 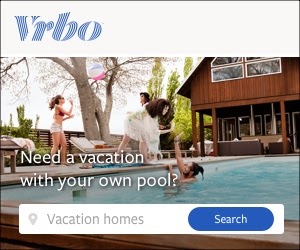 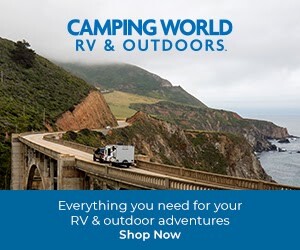 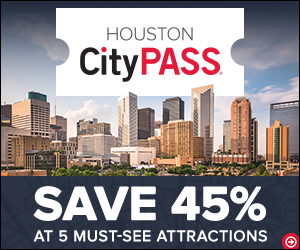 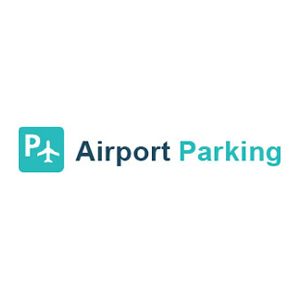